A massive 87% of small-to-medium sized business have benefited through the use of social media (reported by Olivia Perek of New Breed Marketing). A conclusive 75% of marketers saw an increase in website traffic after investing just 6 hours per week in social networking. Can you afford not to be jumping on this growing B2B social trend?

Following our blog post (Why social media marketing is a growing B2B trend), we look at some case studies of those that have benefitted massively from the use of various social media platforms such as Facebook, Twitter, LinkedIn and Pinterest to build business. The ability to 'growth hack' a company or speed up a marketing campaign has been proven all too many times with B2B social media! 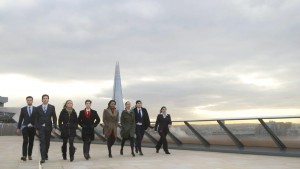 The Jobsite is a UK professional recruitment site. Its award winning social media campaign helped to improve its position in the marketplace by changing the businesses focus from reach to relevance.

It was found that 30% of those born after 1980 thought that TV ads from major job sites were boring and uninspiring. A further 23% could not distinguish between them

The Jobsite invested in a new digital strategy - to create, curate and connect distinctive content. They launched 'The Advantage' a campaign to win the ultimate job interview package. They used a video spoof of the BBC show 'The Apprentice' to highlight their brand proposition of 'real jobs for real people.'

To continue the momentum, Jobsite engaged in conversations on Twitter, utilising hashtags that were already trending. They ensured the campaign remained relevant and drove entries to the competition and generally increase exposure over a 7 week period.

By hijacking trending news such as TV shows and real world events and utilising hashtags on primarily Facebook and Twitter, Jobsite were able to create fun, yet relevant tweets and posts which received lots of interactions (retweets, likes, comments). This in turn led to reach of up to 79 times the normal level. Engagements to posts were up to 400% more than those by competitors.

The Jobsite identified their target audience, researched what they wanted and provided it to them through a social media campaign.

American Express launched the OPEN Forum in 2007 as an initiative to have more direct communications with small to medium sized businesses. The following six years led to expansion into platforms such as Facebook, Twitter, Youtube, Tumblr and Linkedin. OPEN made it simple for smaller businesses to interact with one another through a platform which suited them. People have different preferences in consuming and participating in online communities, so having a variety of social media platforms is key to encouraging and achieving engagement.

American Express have proved that social media platforms targeting small businesses can be hugely successful. Social media is no longer just a place for individuals to connect but also a place to find advice as a business, connect with other businesses, network and share advice.

In 2010, HP chose Linkedin alongside Twitter and YouTube to launch 'Business Answers,' focused on building and maintaining relationships with small business owners. Business Answers allows users to ask questions and receive helpful answers from other users and the company itself - all thanks to the LinkedIn platform!

Interestingly, HP's LinkedIn page has five times the amount of followers as its Twitter page. This again shows that although the likes of Facebook and Twitter have the most users, this doesn't necessarily mean it's better to target. It's important to know your target audience and target the platform most used by them. 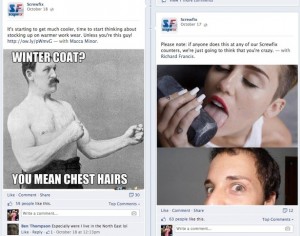 Screwfix bridges the gap between B2B and B2C with its focus on humour. This gives people a reason to follow the brand and ensures it remains at the forefront of the business or consumers mind.

Screwfix initially ran a number of competitors to increase their Twitter followers and kept them through engagement and conversation.

Screwfix have disproved the perception that B2B social media is boring by posting humorous content to their social media pages and as a result have achieved engagement they wouldn't have otherwise received, had they not dared to leave the comfort zone!

Ferguson are a wholesale distributor of products such as baths, kitchen and lighting equipment. Their objective was to share information about their state of the art showrooms with industry professionals as well as homeowners. To build upon their existing social media efforts, they ran a campaign with Twitter ads to increase their followers. They targeted interior designers, builders and contractors.

TransferWise allow people or businesses to send money abroad without incurring hidden fees. They realised that every pound spent on marketing could be spent on their product and development, so they were seeking a cost effective way to promote themselves to businesses and consumers.

Facebook ads allowed TransferWise to combine different methods of advertising together to trial what worked best. They found that direct response ads coupled with video provided the best results.

Holiday Inn Express pioneered a new kind of hotel. They have gone from 3 hotels in 1991 to more than 2,400 today. They were tasked with reaching the 'smart traveller;' a group of people that are online and mobile who frequent social media. They were able to target these with an existing marketing campaign, by adjusting it to fit in line with their target audience persona.

Social media platforms are a growing tool for B2B firms to market themselves. Providing the correct platform is selected and strategy used, the results speak for themselves. A carefully thought out and well managed social media solution could well be the answer, so don't discount it based on industry misconceptions! Start your social media and business growth plan this week - with just 6 hours of time you too could notice an increase in website traffic at the minimum. As with most things in marketing, you get out what you put in! Good luck.