The world of social media moves more quickly than many areas of digital marketing; within the last month alone we've seen at least five key updates! So, grab a cup of tea and catch up with the latest platform changes, trends and tactics you can start planning today.

At the end of February 2016, there was a global Facebook frenzy of emotions when the platform released the highly-anticipated 'reactions' function. Frustratingly for some users, there is no 'unlike' function as yet, but people have been adopting a feeling on posts beyond 'like,' namely; 'like', 'love', 'haha', 'wow', 'sad' or 'angry'.

Whilst some brands were sceptical and even fearful, as Campaign US reported, many brands were early adopters of this new functionality, such as Chevrolet, whose ad campaign "From Like to Love" (Commonwealth/McCann) focused on the new reactions.

For any brands nervous of this new functionality, there are some important points to note. It's not possible to switch off any of the emotions, and reactions are currently live across all branded and personal pages alike, across the world. Reactions open up an array of emotions, outside of the confines of 'like, comment or share', which allows fans of a brand to engage more deeply with it at the touch of the button than ever before. Reactions are an opportunity to engage with audiences on more levels, and in a way are just a more visual way of displaying what people could already do on the page or posts before - commenting.

For those who are still sceptical, the immediate solution is to focus on the quality and relevancy of brand Facebook posts, which not only will increase the likelihood of a positive reaction from the audience, but also in turn make it more likely that fans will see the post in their newsfeed.

Facebook have published more about how this works in the newsfeed for brands here.

Ever since Facebook bought Instagram in 2012, many have been wondering if and when some of Facebook's key features would filter through to the media sharing platform.

Instagram have just announced an upcoming release of a 'Facebook-style update' to the newsfeed. An algorithm, presumably similar to Facebook's, will determine which of the content a user follows is deemed more important to be shown towards the top of the feed;

"The order of photos and videos in your feed will be based on the likelihood you’ll be interested in the content, your relationship with the person posting and the timeliness of the post." - Instagram

Instagram state that people miss on average 70% of their feeds, due to the volume of content followed and current nature of the newsfeed. Brands will need to be prepared to adapt their Instagram strategies to optimise organic reach and engagement. 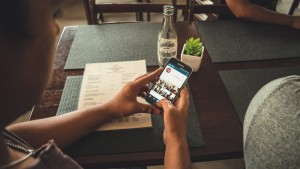 Live video, one of the key trends we identified in our 2016 trends report, is really starting to come into its own. Between the rise of platforms such as Periscope and Snapchat, and companies such as Social Bakers reporting very high performance with Facebook live video, growth is becoming exponential.

Critically, Facebook announced this month that live videos are now being prioritised in the news feed over even other videos, simply as the engagement of live video is higher - people spend more than 3x more time watching a Facebook Live video on average compared to a video that’s no longer live.

"We are making a small update to News Feed so that Facebook Live videos are more likely to appear higher in News Feed when those videos are actually live, compared to after they are no longer live." - Facebook 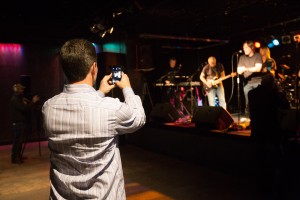 As a busy social media consultancy, Snapchat is fast becoming one of the top social platforms that we are asked about. There's no denying it; Snapchat is huge. It is one of the fastest growing social networks, with 100 million daily active users, who send 400 million snaps a day.

That said, it may or may not be right for your brand. Due to the short-term and informal context, many brands are curious or perhaps cynical about how this can be useful to them as part of a wider social media marketing plan. Due to the younger age group, some companies group it with the 'Whatsapp generation', but in actual fact, the audience is expected to broaden to include those up to the age of 40, according to marketing guru Gary Vaynerchuk.

So, which type of brands might want to consider Snapchat as part of their social media strategy?

For those interested in Snapchat case studies, H&M, Audi, McDonalds, and Calvin Klein are amongst the winners so far. 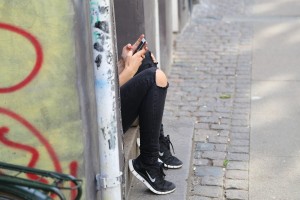 This one hasn't been formally announced on Facebook's news page, but has come through the Facebook grapevine, and following it would not do any harm at all.

Facebook could be testing an update to their 20% text rule for advertising, which prioritises reach and delivery of adverts which do meet the 20% text rule, as seen by their automated Facebook grid checker. If this is the case, and Facebook stick to this rule update, it may mean that ads are automatically approved that previously would have been rejected due to a high text volume, but will never deliver to the same volumes as an ad within the 20% text ratio.

Therefore we'd recommend paying attention to this one, as brands should be anyway!

So, what do you think of these latest social media updates? Get in touch if you'd like our advice on any of these and to discuss how your brand can can make the most of these opportunities.